Time for a new chapter

From now on, Freethinkers' Blog is no more. We will continue as "Freethinkers" on a brand new website: www.freethinkers.at 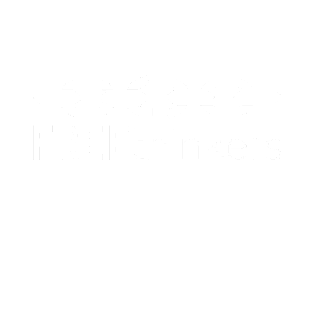 We'd like to thank all our dear readers for your support. Right now it's time for a new chapter!

Kylesa - From the Vaults Vol. I

So yeah, yet another one of those "Rarities, B-sides, previously unreleased tracks" or whatever records. We all know them, and we all know how useless they often are.

But, as usual, Sludge metallers Kylesa don't care about conformity in any way and that's why their new record "From the Vaults Vol. I" is actually a good collection of rarities and unreleased tracks.

Listening to the record as a whole, it gives a really good impression of Kylesa's musical background and development.

Starting off at the band's Black Flag influenced roots ("Inverse"), over to their trademark dark melodies transported by driving beats ("Wavering") all the way to their newer, spheric, almost extramundane seeming prog-songs. ("Between Silence and Sound II")

That's not all: "From the Vaults Vol. 1" features a brand new track entitled "End Truth", which makes me already look forward to the band's next output.

But the best thing about the record in my opinion is Kylesa's soulful interpretation of Pink Floyd's all-time classic "Set the Controls for the Heart of the Sun", which has been part of the band's live show for quite some time now. I love it.

'Nuff said, if you're a Kylesa fan like me, you will definitely buy this album or get it in any other way. *cough* And if you don't know the band, "From the Vaults Vol. 1" will give you a really good overlook on the band's wide musical scope.

Teaser for "From the Vaults Vol. 1"

The Chariot - One Wing

The Intonation of Insanity. Musical Madness. A schizophrenic sonic attack. The Chariot unleash an avalanche entitled "One Wing."

Boom. "Forget" slaps you on the head. The Chariot aren't holding back in any way and start off with a mathcore, Converge-influenced track, that works like an injection of pure caffeine. You're flying into a frenzy. At the end of "Not" you're slowly coming to terms with the hyperactivity you're faced with. But you built your hopes up too soon. The acoustic "Your", seeming almost like a christmas carol(!), will definitely make you go mental.

No stopping, no remorse, no hope. "First" builds up tension again and your last bit of brain functionality is being reduced to absurdity by the Italo-western ending of the song. "Love" makes you realize: That's it, you'll never recover. Accept your Fate.

But suddenly, The Chariot show compassion for your fractured state of mind. "Speak" is a heartbreaking call for hope, love and forgiveness that sends shivers down your spine. The combination of Josh's ear-piercing screams and just a simple piano is one of the most touching things i've heard in the last years. So simple yet so powerful. Insane.

Disconcerted, powerless and deranged, you sink to the floor as "In" lashes down on you and the mid-tempo of "Tongues" slowly tears you apart, you barely even realize that you're listening to "And".

But there is hope after all! You were wrong! "Cheek", featuring Charlie Chaplin's famous speech taken from the end of "The Great Dictator" opens our eyes: You have it in your hand! You can help build a second wing so we can all fly away...

This thing will haunt you in your sleep.

A whiskey-drenched, smoky hovel with a small wooden stage. Sweat seems to be dripping off the ceiling while bearded dudes wearing lumberjack-shirts are yelling at a band rocking out, somehow trying to live the dream.

The where I imagined Graveyard playing at when I first heard one of their tracks. The differences: Graveyard are from Sweden, have become an international touring artist and have now released their third record "Lights Out".


So I'm not gonna start with the third record being the "make it or break it" - record. Because that would mean Graveyard wouldn't make it. But I can already state that "Lights Out" isn't their best record.

While the basic conditions are all right: all analogue, rough high-pitched screaming and smooth singing,  rock'n'roll drive, fast songs, slow songs, melancholy, anger - it's all there.

But the thing is: The songs seem a little bit too forced. While on their previous records one had the feeling that Graveyard just lived out their passion for 70s rock, it seems as Graveyard felt a bit of pressure on them.
Whether it came from the press or the record label, I don't know, but let's hope that when recording their next record, Graveyard will feel as invincible as they probably did when recording their first albums.

That doesn't mean that there are only bad songs on "Lights Out" though: the melancholy "Slow Motion Countdown", the rocking "The Suits, the Law and the Uniform" and my personal favourite "Goliath" - all great tracks not only rock fans should listen to. Unfortunately the record's kinda short as well: After 35 minutes, it's already over again.

But yeah, it's not as bad as it sounds:
Lights Out is the perfect soundtrack to a solid bender that might end up with you crying over the last glass of Whiskey because of some girl that has left you. Repeat!


Parkway Drive have perfected metalcore. They are one of the leading bands in this often called dead genre. „Deep Blue“ was a huge success, the band’s best-selling record so far, and helped them literally tour the world. The band’s experiences have even been put together in a DVD entitled „Home is for the Heartless“.

So what can a band do after having set up such a high standard with a record? Two things: They either put out the same thing all over again, or they start experimenting. Experimenting is dangerous though: Too much differences will see fans turning their backs to your band.

But Parkway Drive did the right thing: Atlas features the typical high-quality Parkway-Drive stuff we’re used to. But it also features the exact right amount of novelties.

Songs like the pit-inducing "Old Ghosts/New Regrets“ and  "Swing, the more melancholy „Wild Eyes“, or the single „Dark Days“ are typical high-quality PWD songs - if you’re an old school Parkway Drive fan, you won’t be disappointed in any way. 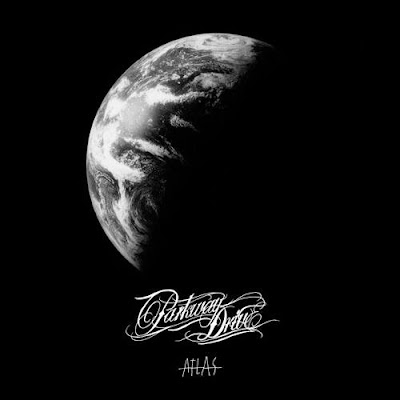 But the second half of „Atlas“ shows the band in a way we've never heard them before. It begins with what for me feels like the title-track of the record: „The River“ starts off mid-tempo and semi-acoustic, builds up and culminates in a combination of Winston McCall’s screams and a clean chorus sung by a woman. If I may become really personal here: Together with the lyrics, this track is by far my favourite Parkway Drive song ever written.

Speaking of lyrics, in this area, the band also explores some new ground on Atlas: PWD speak out against societal and environmental problems. "The Slow Surrender“, also starts off semi-acoustic and features what sounds like DJ-scratches. „Atlas“, also in mid-tempo, experiments with strings and acoustic guitar.

So in a nutshell, props to Parkway Drive for trying out something new instead of doing the same thing all over again. Whether or not you like the differences - go find out yourself!


Wiener Neustadt's figurehead in all things metal are finally back with a new pack of songs. And those songs will again stir up Austria's metal landscape.

Devastating Enemy's prior record "The Fallen Prophet" was often criticized for not being structured enough (which, I, by the way, didn't think at all). Well those critics should now be silenced, because Pictures & Delusions is a really solid, compact record. The dudes seem to have focused more on songwriting than on showing their technical abilities (which we all know are top-notch).

Songs like "Into the Fire", "Fail to Resist" or my personal favourite "I Conspire with Life" are a perfect presentation of Devastating Enemy's approach on "Pictures & Delusions": Speed, growling, technique, tasty solos, clean vocals, electronic insertions - all that densely put together in songs that aren't longer than 4 minutes and which will cause some serious devastation (pun intended!) in the pits around Austria.


Another novelty on "Pictures & Delusions" is the emphasis the band has put on clean vocals. A lot of the choruses are sung clean. And while I myself was a little scared when I first watched the Album trailer the guys released, let me tell you, there is no reason to fear that Devastating Enemy aren't heavy any more: When you listen to the whole record, you will feel seriously ass-kicked. In fact, after listening to the record quite a few times, the clean vocals are a definite plus: The songs stick way better in one's head.

Production-wise, the record again is on par with genre-leaders. In an interview with us, Alex (lead guitars) told me, that the band mostly hasn't used any drum-triggers on the record. Together with the earthy, chunky guitar sound, this leads to an almost organic sounding record. The only thing that could be louder is Jörg's bass (next time: turn that thing up dude!).
But the person who sticks out the most is Devastating Enemy's vocalist Daniel. His growls are as fierce as usual, but his clean vocals sound really strong and powerful - "Confuse The Light" is your proof here.

So to sum it up: Pictures & Delusions is a stripped-down, merciless abstract of Devastating Enemy's core strength: writing some catchy, metal as fuck, head-bang inducing songs. Can't wait for their next one!


PS: Catch the guys live - you won't be disappointed!